Last week Eric(Jesse’s dad) was telling me about this Hackathon weekend he got free tickets to go to, and he offered them to me and a couple other kids if anyone was interested.

If you know me well enough, you’d know that I got super hyped.

I got some tickets for myself, and my parents due to the annoying rule of “kids under 16 must be accompanied by an adult.”

I didn’t know much to expect other then techy people, some neat hardware stuff, and free food. (SPOILER: The food was real and amazing. There was no cake.)

I got there, and realized that the building was the offices of Kickstarter in Greenpoint, Brooklyn. Already something that I was intrigued about.

I start checking out some of the neat things they have showcased there like the UDOO board,  Intel® Edison board,  funnily enough a kickstarted/kickstarting board called Esquilo(which they told me was Squirrel in Portuguese), and an adult electric drift trike called Verrado by Local Motors which they were demoing for everyone and was a lot of fun.

Not too long after arriving, someone had walked up to me, introduced themselves, and cut to the chase that they wanted me to join their team. Which I couldn’t decline cause of the fact that his end goal was to hack the Verrado drift trike as an excuse to be outside. This amused me enough to join.

We spent a good 3-4 hours, possibly more, trying to get some webcams recording the brainstorming process, well aware that we have less than 36 hrs to get this project finished, let alone start it.

We decided since it wasn’t working, we’d just grab one of the guys from Local Motors who was already documenting the hackathon to come document us as we go. They were happy to since we were a team that was intending to hack their product.

I don’t currently have the footage right now, and as far as I’m aware they are still editing it, so I’ll definitely update this blog post once I get it.

The process of what we went through is very tedious and long to go through. We coded and stuff. Done story.

The end result was this: 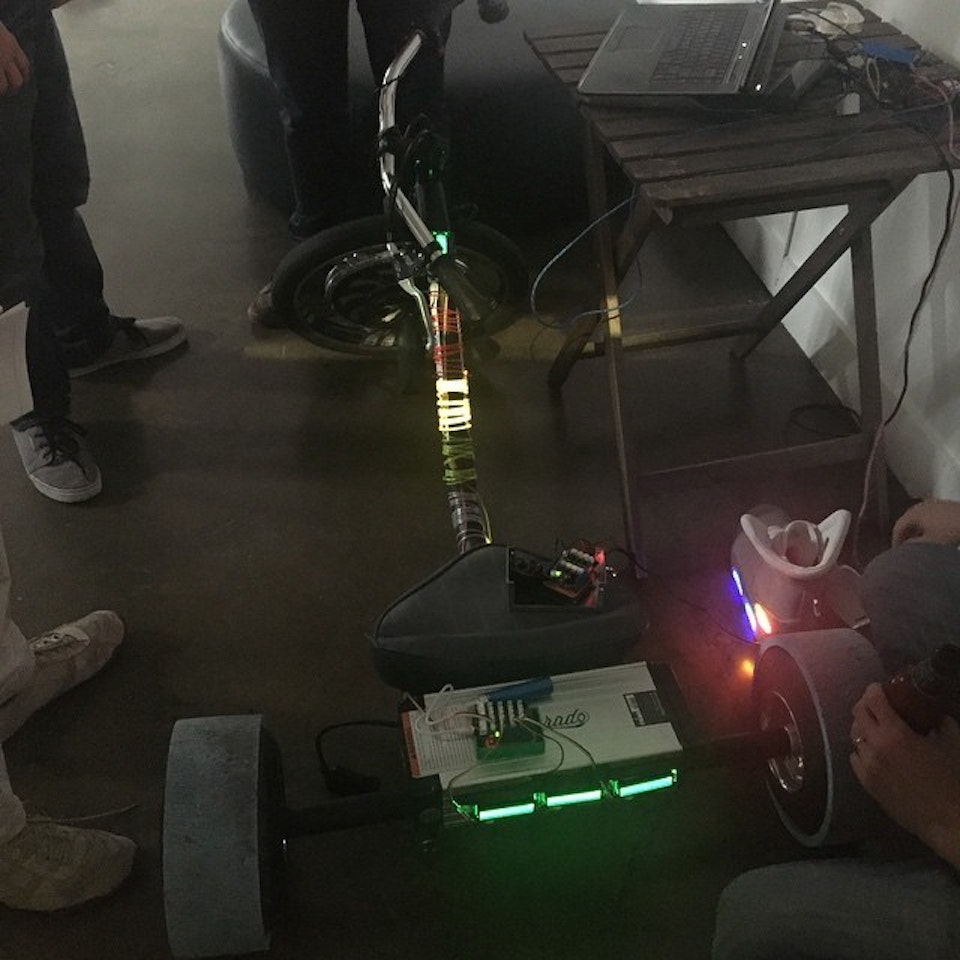